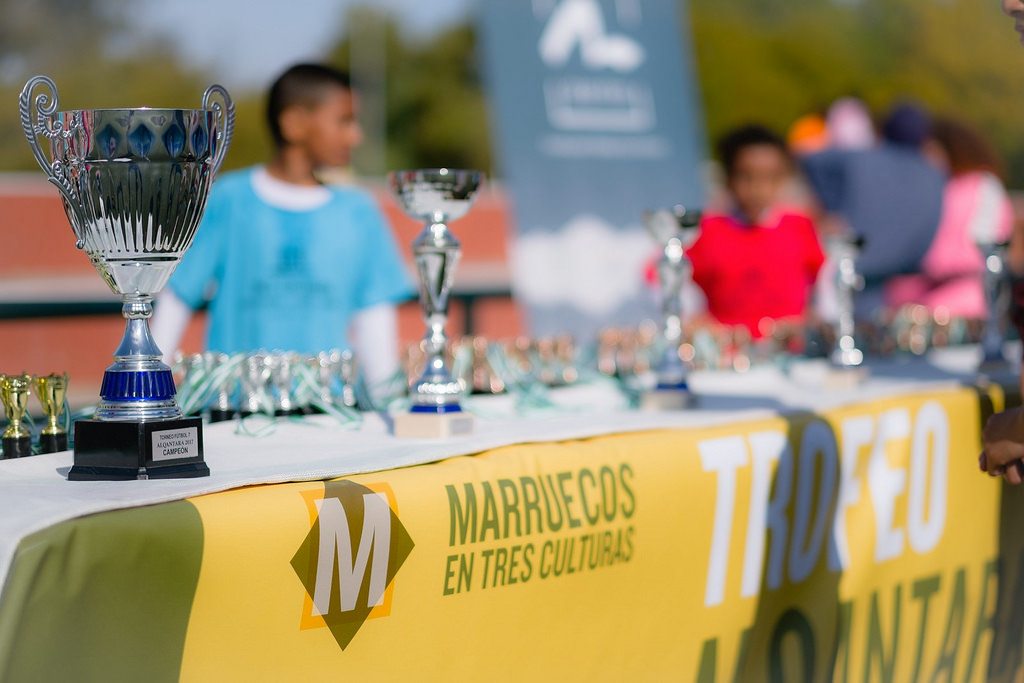 The Three Cultures Foundation has organised the first Alqantara Football Tournament for children, as part of the 2017 awareness-raising project financed by the Delegated Ministry for Moroccans Resident Abroad and Migration Issues.

The aim of this tournament is to promote among the youngest the values of coexistence by using football as an instrument to acquire feelings of solidarity, tolerance, cooperation and equality.

The tournament will be played on 18-19 November between six teams of children from 8 to 11 years old, according to the official RFEF Football 7 rules.

Two groups of three teams each will be organised, with each team in the group playing the others in 25-minute matches. After the first triangular phase each team will be ranked. The second-place teams will play each other, as will the group’s winners, in order to decide the sub-champion and champion.

Finally, a ceremony will be held to award certificates and trophies to the participating children.