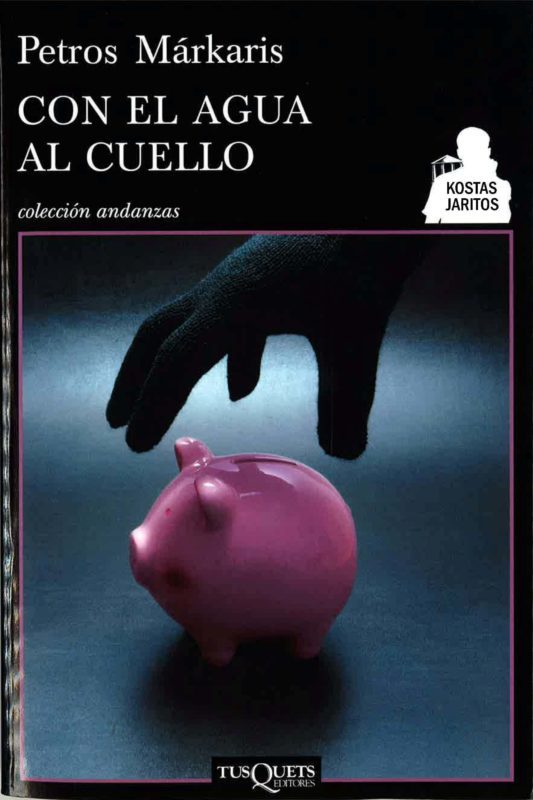 The specialized library of The Three Cultures Foundation continues its work bringing literature closer to our book club members at the ‘Luis Jiménez de Asúa’ Social Integration Centre in Seville. On this occasion we will be reading Neck-deep in water (Tusquets) by the Greek author Petros Markaris. The work draws a political, social and economic portrait of Greece through literature and the daily life of police captain Kostas Jaritos and the case he must solve, the murder of a banker. Neck-deep in water is part of what was originally conceived as a trilogy centered in the Greek crisis which also included Termination and Bread, Education, Liberty. To these Markaris decided to add a fourth book, This is as far as we go, thus becoming a tetralogy.

Copies of Neck-deep in water will be handed over.

The Three Cultures library has a set of 30 copies of this book available for group loans.

Organised with the support of Obra Social La Caixa.