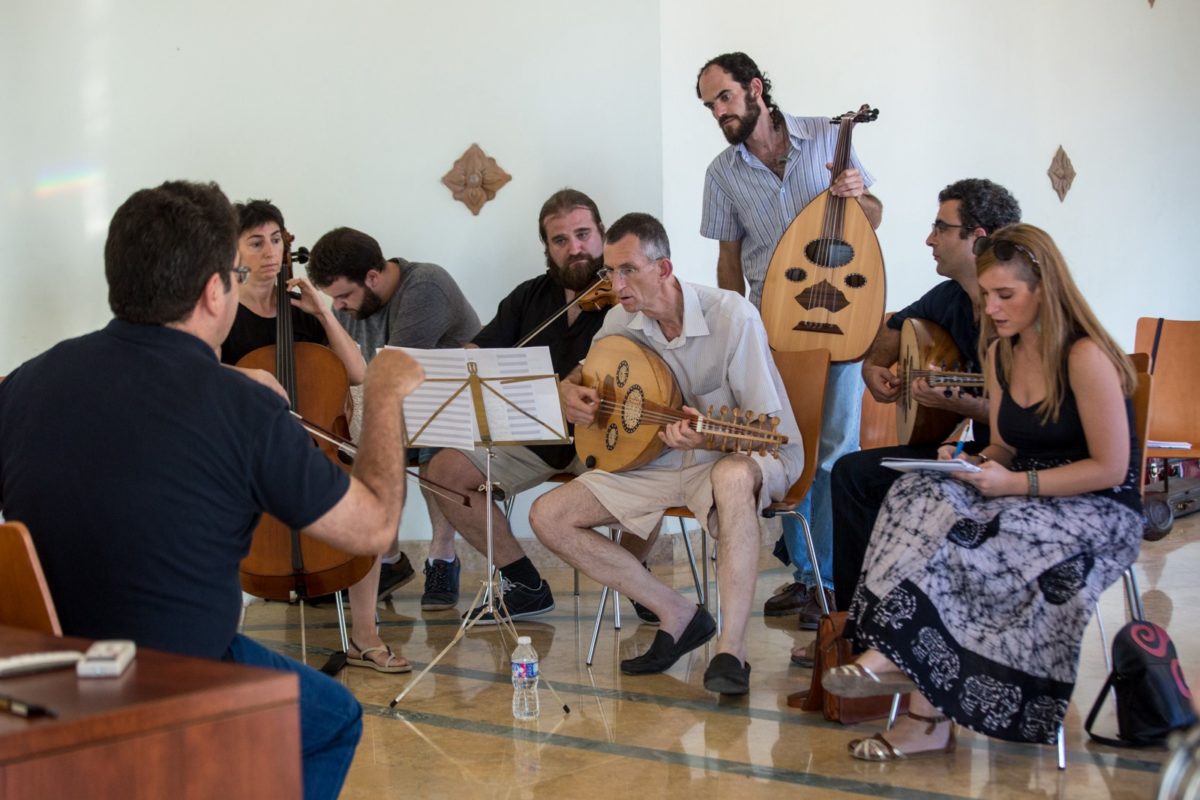 The Three Cultures of the Mediterranean Foundation, in collaboration with the Delegated Ministry for Moroccans Resident Abroad, and in the framework of the Alqantara 2017 programme, organises the second part of the intensive course on Andalusí music, an initiative of Morocco Month. It will be overseen by the distinguished musician Amin Chaachoo, director of the Tétouan-Asmir Centre for Musicological Research and Preservation of Musical Heritage, director of the Al-Haiek Andalusí Orchestra and director of the Andalusí Orchestra of Málaga.

Andalusí music refers to music generated in Al-Andalus between the years 711 and 1492, a heritage maintained nowadays in the Maghreb countries (Morocco, Algeria and Tunisia) which attests to an original, very rich and structured system in an extraordinary lyrical modality.

In the first course the aim was to train students in the different aspects of Andalusí music (history, concepts, music theory, aesthetics, improvisation, etc). In this one, the aim is to use all that has been learned to pass on to the next target, musical performance and expression. This means working with songs from the Andalusí heritage and learning how to perform them in their three aspects:

– Ornamentation of melodies in the traditional style;

The training therefore breaks through cultural barriers and aims to introduce the students to Andalusí culture, with all its inherent multicultural and tolerant traditional heritage stemming from the medieval Iberian Peninsula.

The course is open to 15 students, who will become familiar with the history of Andalusí music and its basic concepts, as well as its structural components and modes, Andalusí rhythm and modal theory. They will also receive practical training through the performance of works and improvisation.

To culminate this learning period the course’s students will perform some of the music they learned on Thursday the 16th of November at 8:30 p.m. The occasion will also include some flamenco owing to the participation of other local performers.

In collaboration with the Delegated Ministry for Moroccans Resident Abroad, 15 scholarships will be offered for free participation in the course. The selected students will not be required to pay any tuition fee, which will be entirely assumed by the Three Cultures of the Mediterranean Foundation and that Moroccan ministry.

To participate in the candidate selection process and access the scholarships it is indispensable to have a minimum knowledge of solfège, equivalent to the thematic content taught in the first solfège course according to the Official Regulations for Music Conservatories in Spain.

For admission to the course, applicants should submit the documentation requested in the application rules, available at the following link.

The scholarship beneficiaries will be chosen in strict order of application among those who possess the necessary requisites and submit the appropriate documentation indicated in the application rules.