Home > Event > > Al-Mawror, Sephardic music with Mediterranean hues, resumes the programme of concerts at the Fundación Tres Culturas in September

Al-Mawror, Sephardic music with Mediterranean hues, resumes the programme of concerts at the Fundación Tres Culturas in September 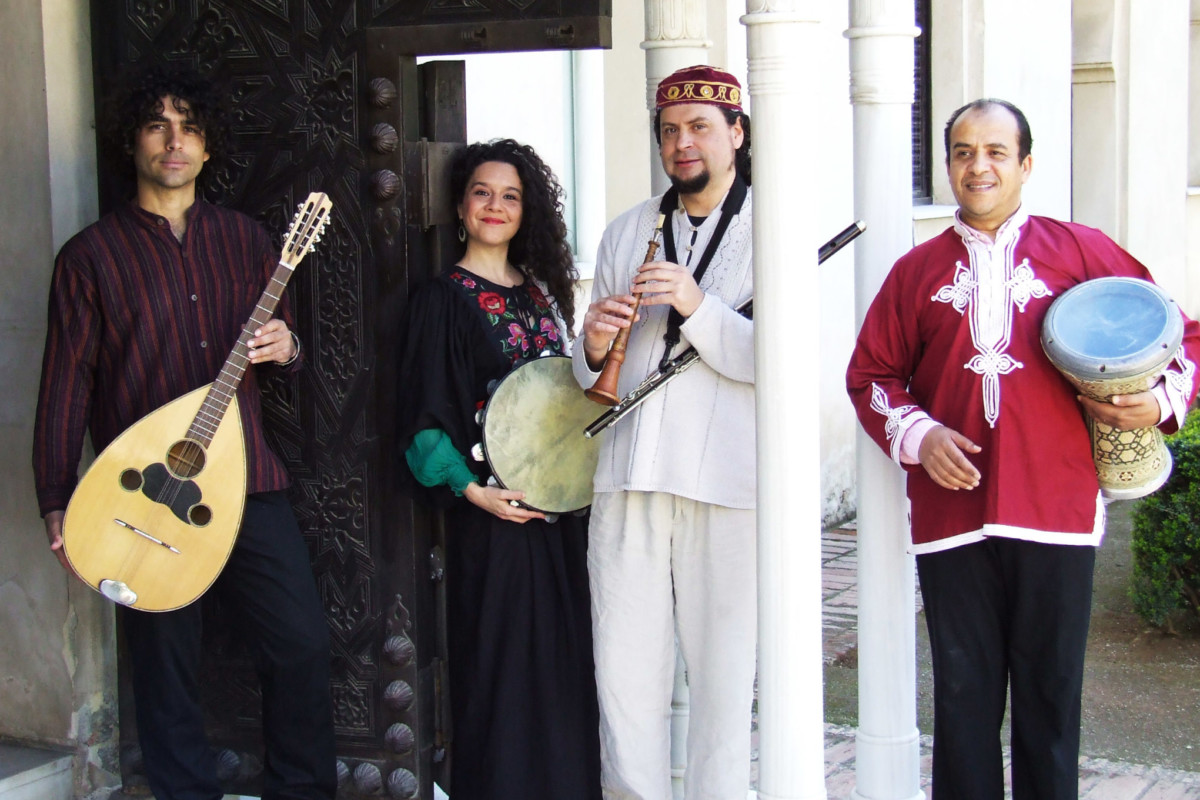 The Fundación Tres Culturas (Three Cultures Foundation) dedicates the month of September to the Sefarad, the name the Jewish tradition uses to identify the Iberian Peninsula. Within the framework of this special programme, the foundation will host a concert by Al-Mawror, a group based in Granada dedicated to interpretation Sephardic traditional music from a multi-cultural perspective and that of fusion with other sounds of the Mediterranean.

This group has for years been recreating the melodies of Sephardic tradition they find in songbooks and recordings of ethnomusicologists and folklorists such as Weich-Shahak, Gloria Levy, Judith Cohen or Joaquín Díaz, among others.

Performing live, Al-Mawror’s music carries us from Morocco to Turkey, introducing elements of the diverse cultures that took the Sephardic community in during their Mediterranean diaspora such as the Moroccan gnawa, the rhythms of the Black Sea, the dances of the Berber Riff, the Italian tarantela, oriental dancing or flamenco.