Charity concert in aid of the Fundación Vicente Ferrer 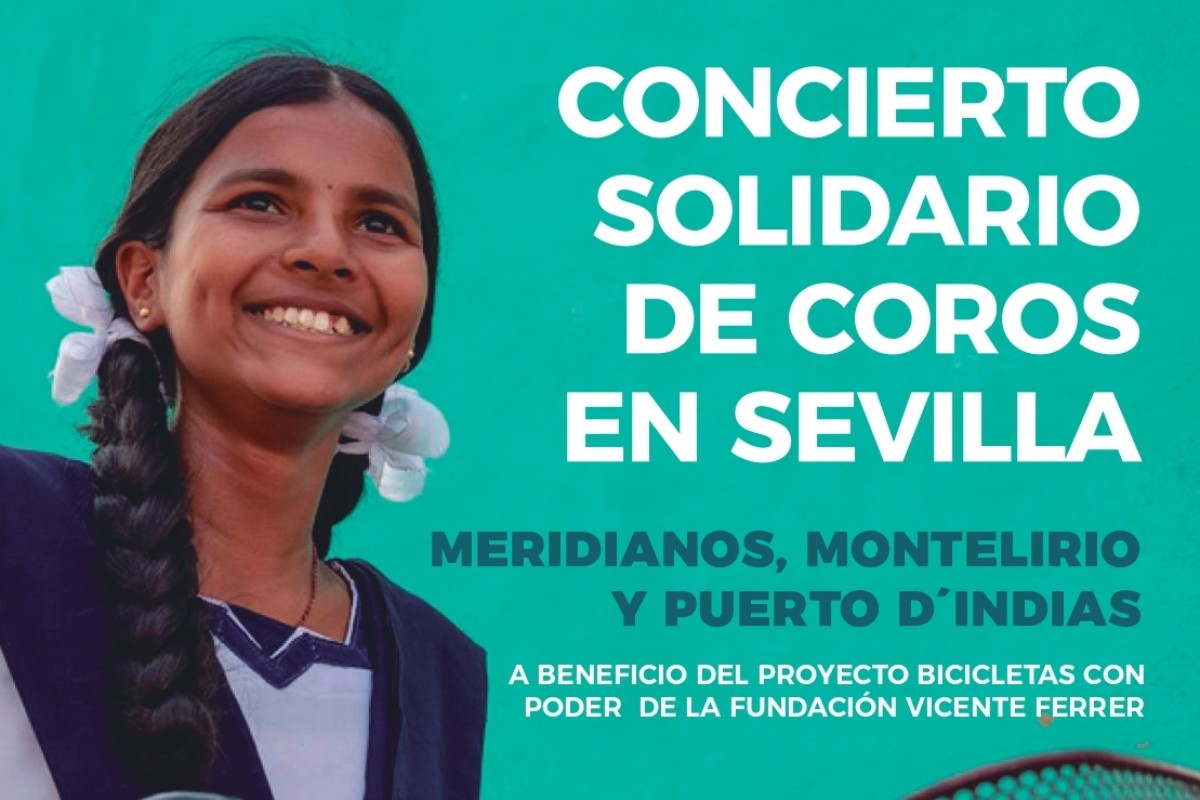 The Fundación Tres Culturas (Three Cultures Foundation) and the Fundación Vicente Ferrer co-organise a charity concert to raise funds in aid of the ‘Bicycles with power’ project, which the ‘Meridianos’, ‘Montelirio’ and ‘Puerto d’Indias’ groups participate in.

The Fundación Vicente Ferrer is a development NGO committed since 1969 to the transformation process of two of the most poverty-stricken areas in southern India: the states of Andhra Pradesh and Telangana.

The Fundación Vicente Ferrer’s ‘Bicycles with power’ project promotes the distribution of bicycles among female secondary school students in the rural areas of Anantapur, to provide girls with a safe way of getting to school. The distance between schools and the lack of security in the area causes girls from the villages to abandon their studies when they reach secondary school age, coinciding with puberty, as their families keep them at home to avoid the danger of sexual aggression on the way to school. The bicycles avoid the girls being forced by their families to marry at very early ages as a consequence of them leaving school.

A group of volunteers from Seville has set themselves the goal of contributing to the projects that the Fundación Vicente Ferrer carries out in India, attempting to obtain funds via activities in which all participation is supportive and at the same time raising awareness of the work that is carried out to eradicate extreme poverty.

The Fundación Tres Culturas (Three Cultures Foundation) joins this solidarity initiative by co-organising this concert, the funds of which are destined to buy bicycles to enable thousands of girls in rural India to safely attend school each day.