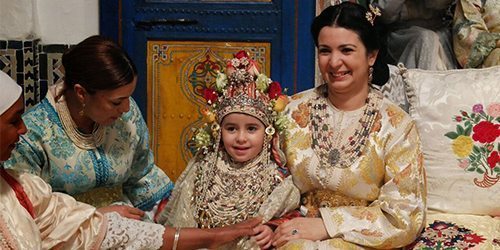 In the context of the decade for recognising descendants of the African diaspora launched by the UN in 2015, thereby promoting a global commitment to that community, the Three Cultures Foundation offers a cycle dedicated to that topic. On this occasion we aim to highlight the African migratory crisis and ponder the critical nature of the interactions and transformations affecting Afro-descendents in their diaspora, especially in the European context.

The Three Cultures Foundation thus continues to manifest its commitment to social justice, the promotion of human rights and respect for cultural diversity.

After her father dies, 17-year-old Noufissa has to go live with her mother in the house of Lalla Amina, the wife of a high-ranking figure in the medina of Tétouan. Once established in the mansion, a strong friendship arises between Noufissa and Fetouma, the granddaughter of Lalla Amina. The two young women promise never to separate. When Fetouma discovers that Noufissa will soon marry, she decides to prevent it.