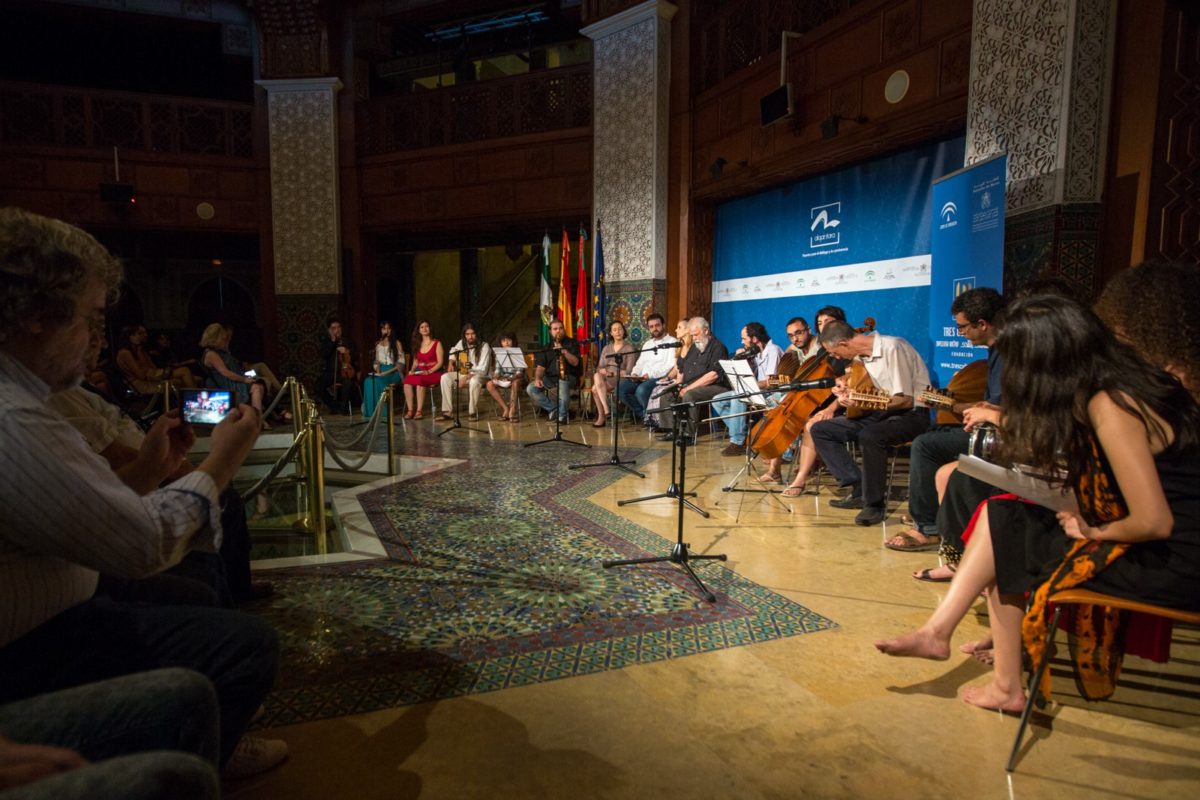 To culminate the 2nd intensive course on Andalusí music, focusing on music theory and improvisation and taking place during Morocco Month, the students will offer a small concert during which they will put into practice the knowledge they have acquired.

Andalusí music is the learned music resulting from the civilisation of Al-Andalus (711-1492). As such, it encompass an endless wealth of emotional, spiritual and rational aspects. That music is still preserved in the Maghreb countries (Morocco, Algeria and Tunisia) by oral transmission and attests to an original, very rich and structured system in an extraordinary lyrical modality.

Andalusí music pertains to the group of modal music along with liturgies, courtly music and popular music of the Middle Ages. Its modal conception is currently unique in the world, integrating a traditional concept that joins rational to spiritual aspects.

The concert will also count the participation of local flamenco performers who will demonstrate the close relationship between the musical heritage of both sides of the Strait.

Prior registration via this link enables free entry until seating capacity is reached.