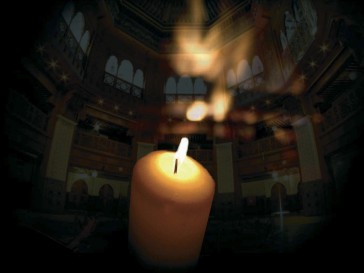 Once again, the Fundación Tres Culturas del Mediterráneo (Three Cultures of the Mediterranean Foundation) organises a series of acts to commemorate International Holocaust Remembrance Day, honoured by the UNESCO each year on the 27th of January in commemoration of the liberation on that day in 1945 of the Auschwitz-Birkenau concentration camp by soviet troops.

The activities programmed intend to make reference to the humanity dignity and worth of all people as well as their right to live free of discrimination and enjoy equal protection by law, as recognised by the Universal Declaration of Human Rights.

8pm: Reading of texts and poems

8.30pm: Candle-lighting ceremony in memory of the victims of the Holocaust.

Free entry until filled to capacity.

In collaboration with the Beit Rambam Progressist Jewish Community of Andalusia.