Home > Event > > Concert by Mara Aranda: Diaspora. Sepharad at the heart of Morocco

Concert by Mara Aranda: Diaspora. Sepharad at the heart of Morocco 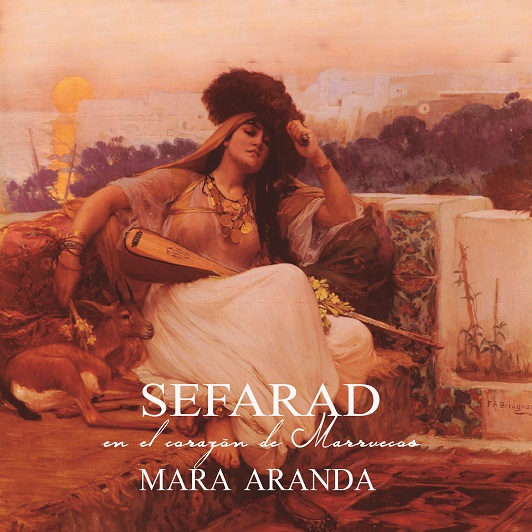 Within the framework of the cycle the Foundation is dedicating to the Sepharad during the month of September, a series of activities have been programmed which reveal the wealth of this culture, which is so closely linked to our roots and our vision of the world.

Entitled Sepharad at the heart of Morocco, Tres Culturas (Three Cultures) presents Mara Aranda’s work on the origins of Sepharad in this country through a workshop on Sephardic song, a concert and the ‘Musical instruments in the Hebrew art of medieval Spain’ exhibition.

Mara Aranda is the most international Spanish performer of Sephardic music. Over 3 decades of work she has investigated and sung music from Valencia, Turkey, Greece and Occitania and ancient, medieval and Sephardic music which has resulted in production of 20 award-winning records and recognition both from the public and from specialist media.

This instalment is the first of a series entitled D I Á S P O R A consisting of 5 records dedicated to the Judeo-Spanish tradition of Morocco, Turkey, Greece, Bulgaria and former Yugoslavia. The Sepharad at the heart of Morocco record was named as ‘best European record of the year’ in 2017 and ranked ninth on the Transglobal World Music List.

It consists of coplas, lyrical songs called kantikas and also romansas, linked to the Romancero Viejo. These romances speak of epic, historic or legendary characters linked to the Peninsula’s medieval past and they are still sung today in Spain, in America and also by Sepharads in the geographical locations of the diaspora.

Musicians from Morocco and Syria collaborate on the Sepharad at the heart of Morocco record, adding their inspiration, emotions and expertise to the musical direction of Jota Martínez, specialist in traditional Spanish medieval instruments and player of wheel viola, citoles and lutes.