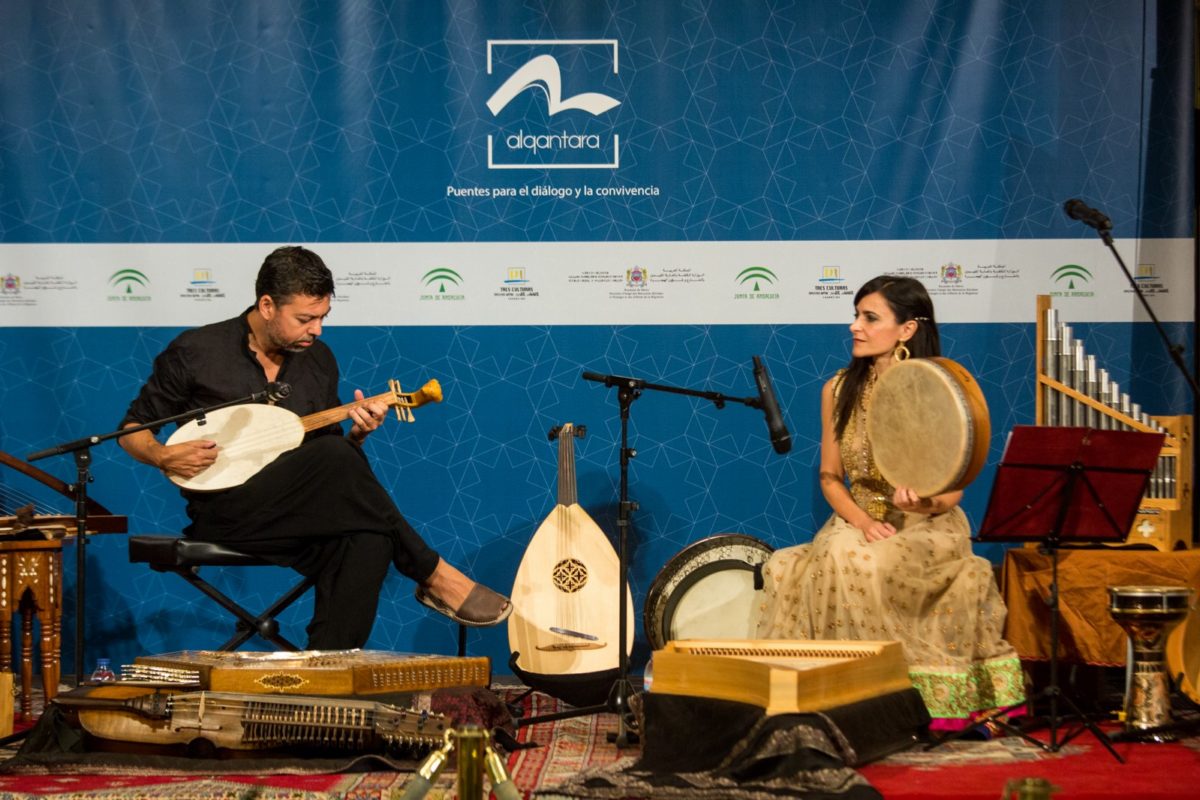 Yusuf likes to spend afternoons telling stories to boys and girls in some corner of the square or by the ancient gate, but always where vestiges of the old medina remain. Those are magic places for telling the stories that he claims he witnessed with his own eyes, or that someone told to him…

In collaboration with the Delegated Ministry for Moroccans Resident Abroad, and under the Alqantara 2017 programme, the Three Cultures of the Mediterranean Foundation has organised this educational concert in which Sara Marina and Emilio Villalba present “Al-Musiqa: Tales and Songs of Morocco”.

This performance will use musical instruments and marionettes to narrate old stories of the Maghreb like the ones traditionally told from generation to generation: oral story-telling. Tales repeated, games to learn rhythms and a great deal of music from Al-Andalus to Morocco, with historical instruments and Mediterranean folklore.

Sara Marina and Emilio Villalba are musicians who specialise in studying, recovering and disseminating historical music and instruments, especially from the artistic period between the 8th and 16th centuries. They have published various recordings, including an original didactic work titled “Music for Princesses, Dragons and Knights – medieval music for children” (2015).

If you are interested in attending this show suitable for the whole family, please register via the following link.