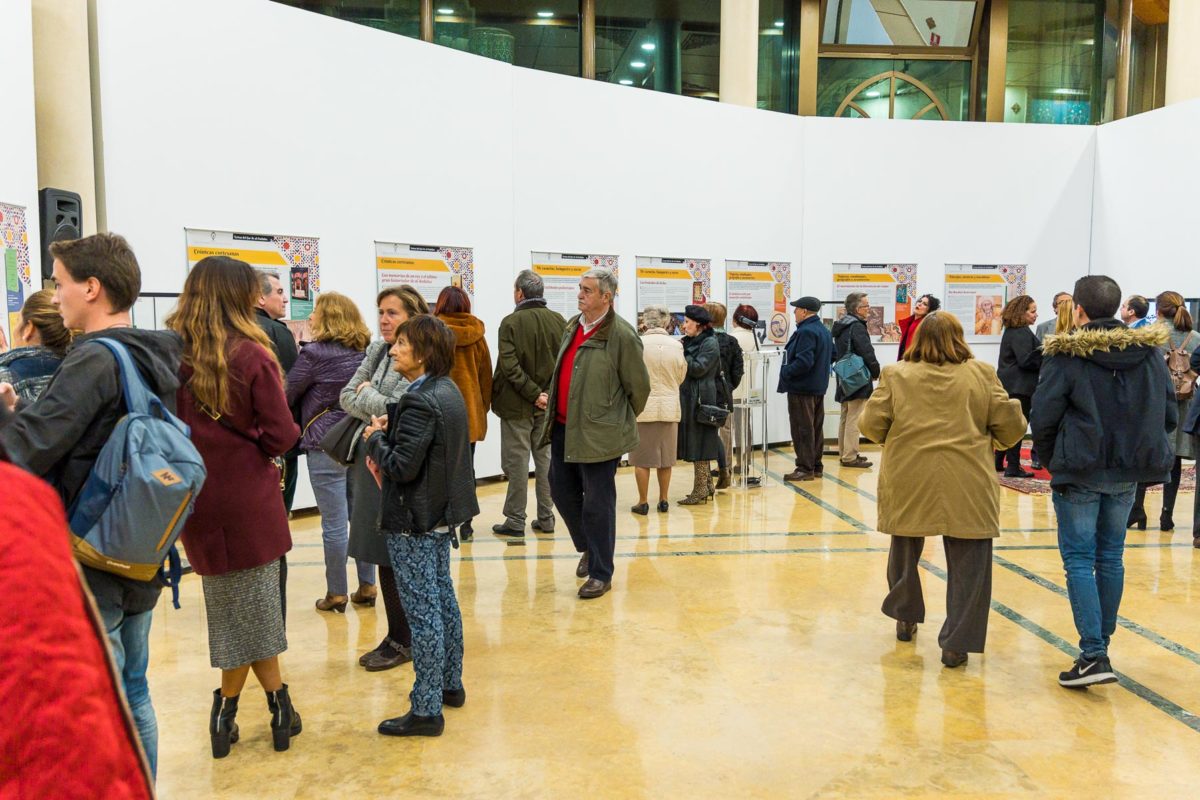 As part of the events organised to mark its 20th anniversary, the Fundación Tres Culturas (Three Cultures Foundation) becomes the meeting point for Andalusí tradition with the ‘Literature of southern al-Andalus’ educational exhibition, a display produced by the Andalusian Written Word Centre and curated by Virginia Luque which aims to increase awareness and recognition of Andalusí knowledge, writers and works both for their contribution and their significance.

‘Literature of southern al-Andalus’ offers the opportunity to discover a bibliographical selection in the fields of poetry, history, travel literature, philosophy, geography, culinary culture, medicine or agronomy, present in the Andalusian Network of Public Libraries. These materials form a guiding thread involving seven topical axes which allow the public to enter the Andalusí universe through their authors, in the form of attractive day to day scenes.

Virginia Luque is an historian with a master’s in architecture and heritage and exhibition curating, and she is also a member of the Network of Experts in Cultural Heritage and of the Spanish Society of Arabic Studies. She has backed dozens of projects linked to the interpretation and highlighting of heritage, cultural management, local development and museography, and has a number of publications on these topics. Her blog “El diván de Nur” with more than 80,000 visits, has thousands of followers in Spain, Latin America and the Arab World. She currently continues to promote her latest book, «El legado de al-Andalus. La herencia andalusí y morisca en el Magreb» (The Al-Andalus legacy. The Andalusí and Moorish heritage in the Maghreb) (Almuzara. 2017) which allows for an incursion into the transfer and cultural contributions in Northern Africa via twelve chapters which will reveal the evidence, material testimonials, immaterial footprints and legacy of Andalusí and Moors.