Kristallnacht: past and present of hate. Islamophobia and anti-Semitism in 21st century Europe 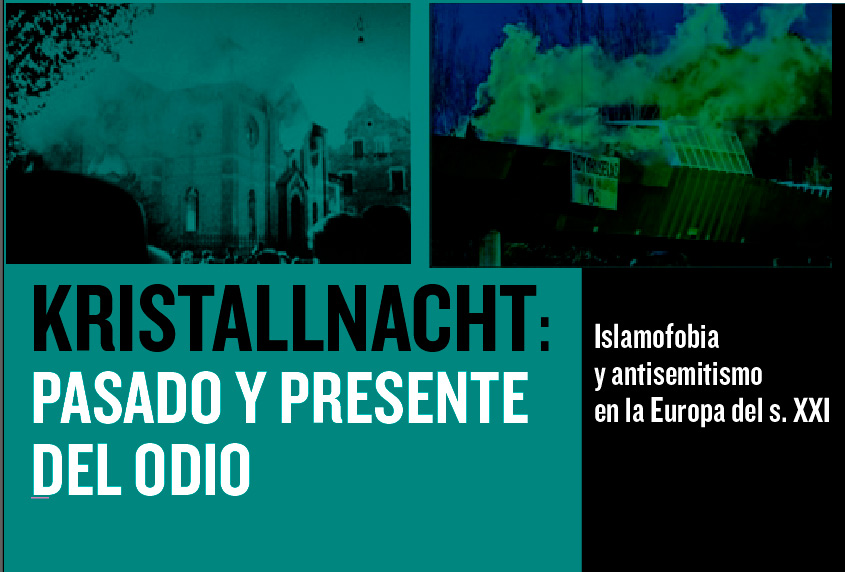 80 years after Kristallnacht -an inflection point in the nature of the harassment of the Jewish community- we’re observing how political options ascend that, while possibly not direct descendants of those that encouraged acts of that type and that drove Europe to disaster, do share the same ideology, prejudices and methods.

Fascism has once again infiltrated the cracks in the system: financial crisis, Brexit, migration crisis.

The upturn of anti-Semitism – feared following the 2015 attacks in Paris – has been attenuated although it remains present, and Islamophobia is settling in, with direct attacks as well as through ‘cyber hate’.

On this 80th anniversary the old enemy of human rights returns and finds new means of expression and of action, as well as new victims. If before it was the Jews, now it is the refugees, the immigrants, the Muslims: the others.

Patricia Weisz (Violeta Friedman Foundation), Esteban Ibarra (Movement against Intolerance) and José Cruz Díaz (International Seminar on the Holocaust and anti-Semitism) will analyse the circumstances prevalent 80 years ago, to reflect on our current behaviour and see whether as a society we are doing enough to avoid the history of hate repeating itself.