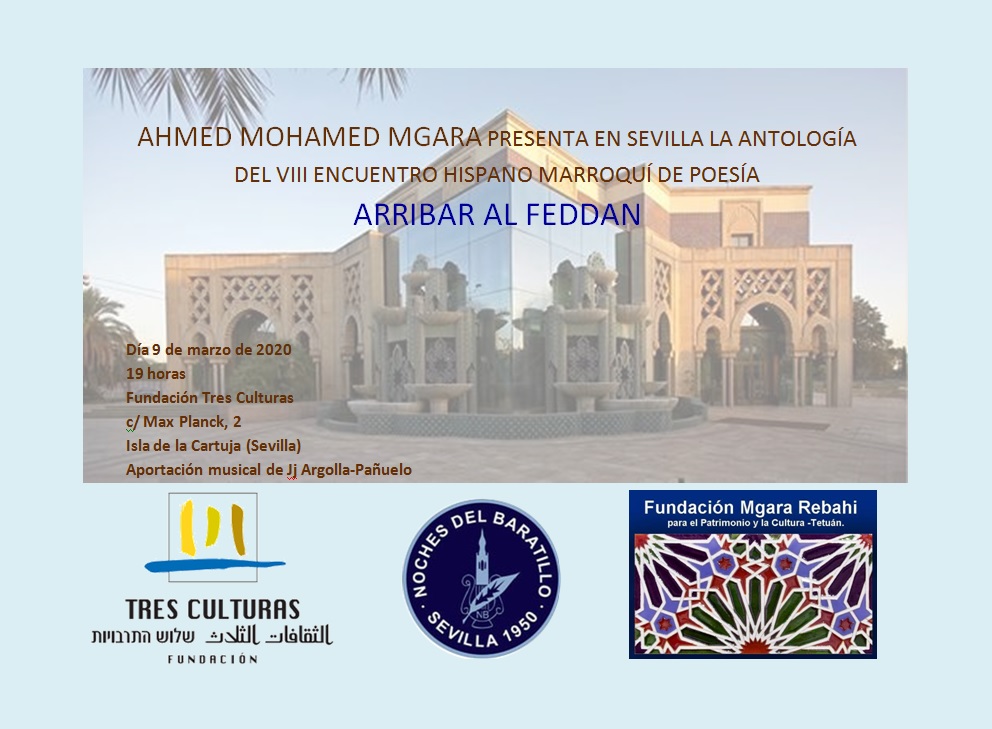 Under this title, the collection of poems from the 8th Hispano-Moroccan Poetry Encounter, held in Tétouan last year with the collaboration of Moroccan, Spanish and Southern American poets, is presented.

This pairing of peoples and languages first presented at the Fundación Tres Culturas (Three Cultures Foundation) in March 2018 is held in Tétouan at the initiative of Ahmed Mgara Mgara and other Moroccan and Spanish (mostly Andalusian) poets.

The presentation table will be led by Ahmed Mgara, president of the Mgara Rebahi Foundation of Tétouan, and he will be accompanied by Inmaculada Calderón, coordinator from Seville of the Tétouan encounters and owner of the Los libros de Umsaloua publishing house; Juan Martínez, representative of Noches del Baratillo; and poet Laaziza Chemcham.

The act will include a reading of Chemcham’s new poetry book, written in Arabic and translated into Spanish by Ahmed Mgara.

The encounter will include music and poems by Juan José Cibaja, poet and singer-songwriter from Algeciras, the musical soul of all the encounters in Tétouan.

Invitations via this link.