Reading club focus on “The Lady from Damascus” 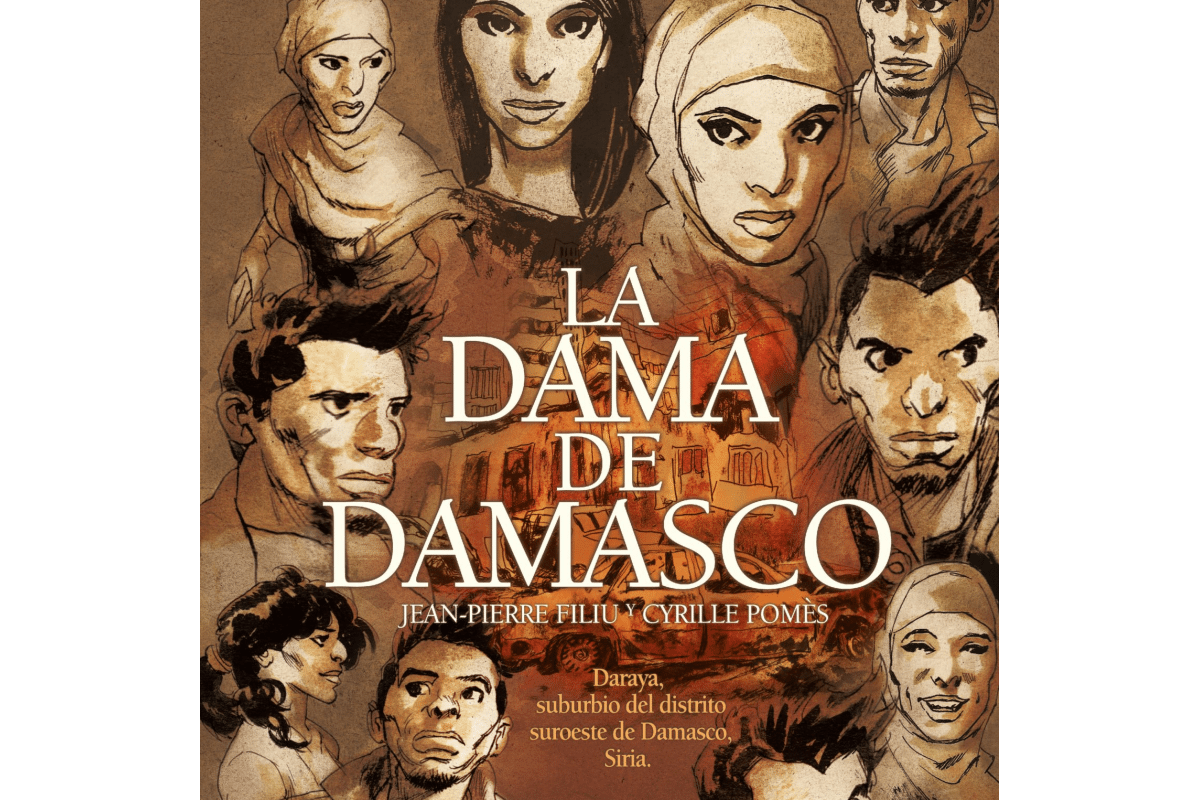 An overview of the comic book by Jean-Pierre and Cyrille Pomès. Readers will learn about key aspects of the conflict in Syria through events affecting the characters.

The story begins in Daraya near Damascus on the 16th of November, 2010, during celebrations marking the 40 years since the dynasty of the Lion (Al-Assad in Arabic) took power. The choice of Daraya as setting for the novel was no coincidence; this enclave eight kilometres from Damascus is among the most severely ravaged areas in the Syrian war, due to bombardments by the Assad government and the subsequent siege of the city, which for four years prevented supplies from reaching the city. Text and drawings combine perfectly to recreate the pervading atmosphere of nepotism, servility, repression and fear in Syria after 40 years under their rule.