From the 18th of June, the National Library of the Kingdom of Morocco in Rabat is hosting an exceptional photographic display on the 20 years of life of the Fundación Tres Culturas del Mediterráneo (Three Cultures of the Mediterranean Foundation), which it is celebrating this 2019. Consisting of images from these two decades of history, accompanied by written texts in Arabic, the exhibition presents a journey through the landmarks that have marked the trajectory of this institution, in diverse images, along with other snapshots that serve to show the lines of action which, above and beyond the pragmatic axes, define the spirit and the governing principals of the Foundation. 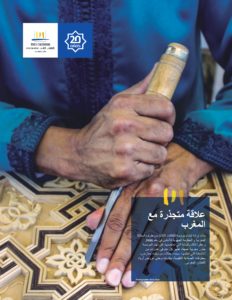 The exhibition, which will be running in the Moroccan capital city until well into the summer, is an adaption of another that was arranged last year on the occasion of WOCMES Seville 2018 on the city’s central Avenida de la Constitución and which the Fundación Tres Culturas (Three Cultures Foundation) estimates was seen by more than 40,000 people. 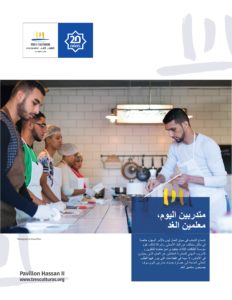 On this occasion, some contents have been updated and others have been modified to create an exhibition that takes an in-depth look at the important role of the Foundation as a cohesive element between Andalusia and Morocco, as an instrument in the service of tolerance and comprehension between the people of the Mediterranean, with particular attention to that Hispano-Moroccan nature which has been a part of this institution since it was constituted in 1999.