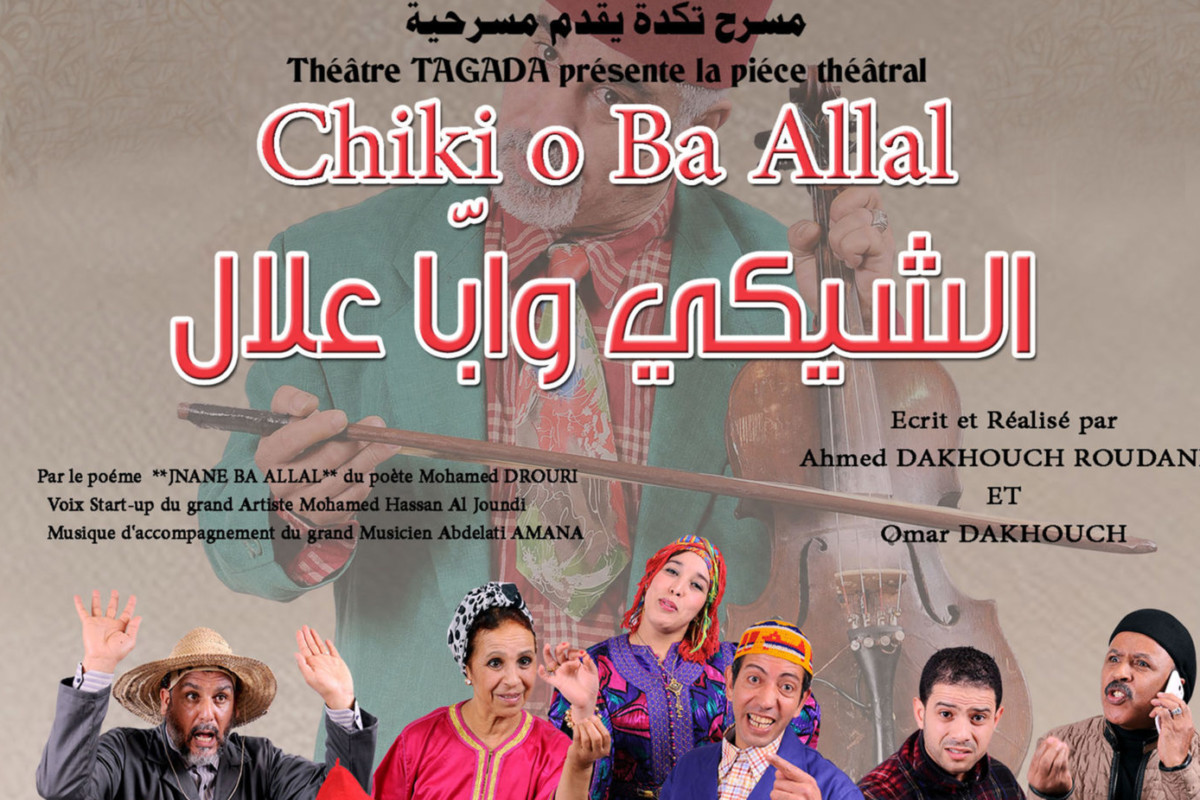 The Tagada theater company is considered one of the most appreciated theatrical formations of the Moroccan national scene.Founded in 1972, this theater and folk arts company is known for its active contribution to the Moroccan cultural heritage.

Written and directed by Ahmed Dakhouch Roudani and Omar Dakhouch, Chiki or Ba Allal   is a work with a moral in which theater and singing are mixed.The story takes place in an old riad where the main character squander generosity by inviting friends, singers and dancers until he declares bankruptcy and he feels lonely without friends nor family.

Inspired by Jnane Ba Allall poem by the poet Mohamed Drouri, the actor Mohamed Al Joundi and the accompanying music by maestro Abdelati Amana are part of Tagada..