Intrepida > We are still in love with you, let’s have an INTREPIDA appointment

We are still in love with you, let’s have an INTREPIDA appointment 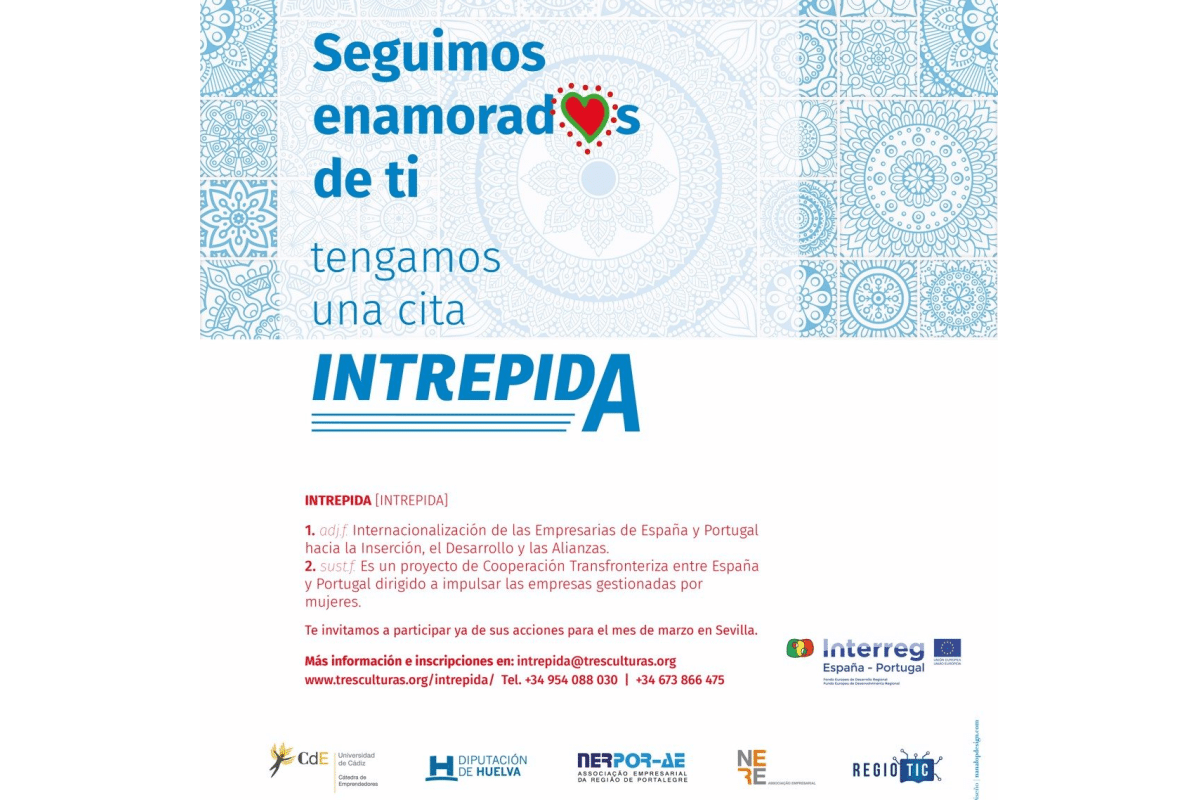 The INTREPIDA appointments begin on March 1 at the headquarters of the Three Cultures Fundation in order to continue developing it during two years, both in Spain and Portugal.

The appointment program during March has a varied and versatile offer for all the audiences.The training workshops lead by Karine Brücke are specially designed to contribute to the companies’ internationalization. Among the businesswomen invited to share their experience, Mª Ángeles Martín stands out. She is the founder of Skylife Engineering and she will share table with Manuel Moncayo, psychologist and entrepreneur.

On the other hand, the program offers a look at the cultural and creative wealth of Portugal and invites creative women from different fields to discuss their projects. The visual arts are represented by the artist Cristina Ataíde who will inaugurate her exhibition   Una arruga en el aire. Later, the author Lídia Jorge will continue with a discussion of her latest book O Amor em Lobito Bay. The Cinema Tuesdays on March are a proposal of Portuguese directors with works such as  A Toca do Lobo by Catarina Mourão. In addition, on March 8 a concert will be celebrated by the fadist Mafalda Arnauth.

All the activities of this project are free. The capacity is limited and an invitation is needed. You can request it at:   intrepida@tresculturas.org