Inicio > Others > Back at Tres Culturas: open-air summer cinema, poetry and concerts mark the Foundation’s return to on-site activity as of the 23rd of June 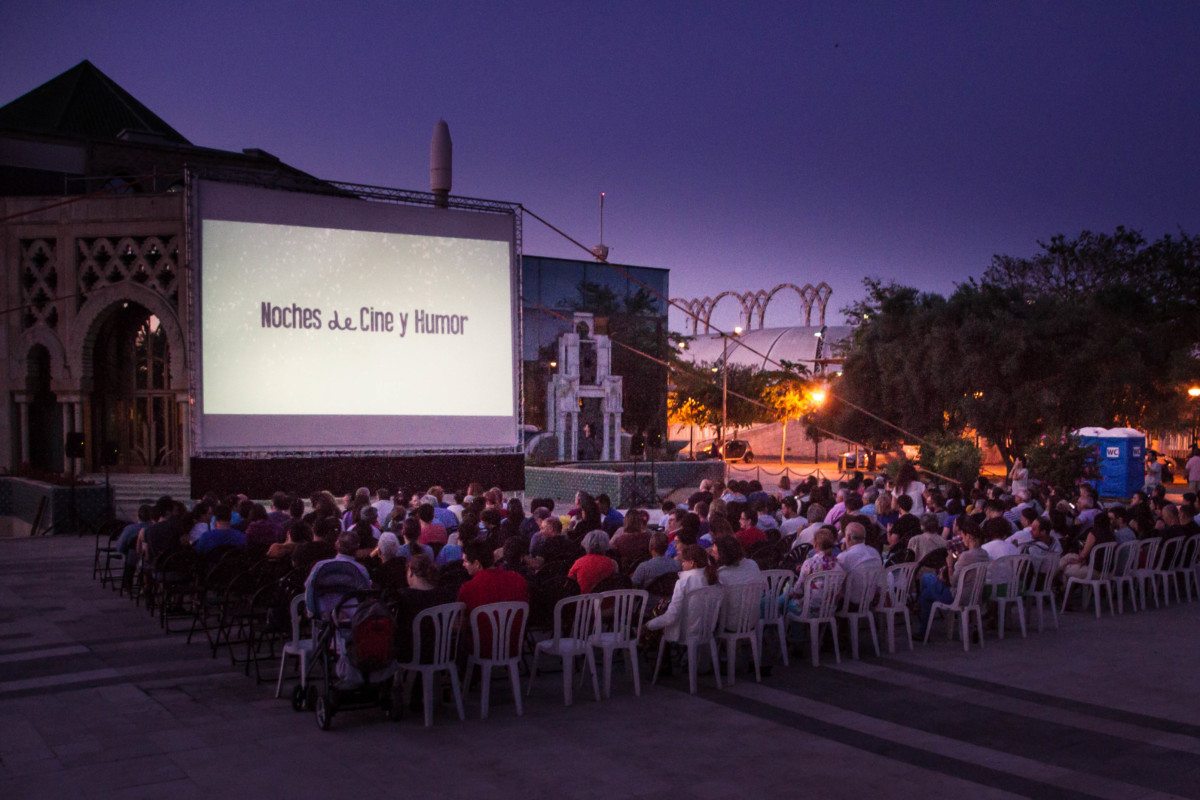 The Fundación Tres Culturas del Mediterraneo (Three Cultures of the Mediterranean Foundation) prepares to re-open its doors to the public after being forced in mid-March to cancel all on-site activities due to the COVID-19 crisis. At that point the events which were planned at the headquarters and other locations were replaced by online activities (more than 60 including at-home recitals, movies, conferences, educational activities, legal advice for immigrants, reading club, suggestions for children, etc.) However, once the de-escalation began and cultural activities were relaunched at museums and other cultural centres, the team at the Foundation began to organise itself with a new objective in mind: to once again hear the audiences applaud at the Foundation’s headquarters.

That’s how ‘De vuelta a Tres Culturas’ (Back at Tres Culturas) has come about, a special programme which will mark the return to what has been dubbed the “new normality” as of the 23rd of June. That day, the Foundation’s film projectors will come back to life to resume the ‘Movie Tuesdays’ programme in an exceptional location: the Andalusi Gardens at the Hassan II Pavilion, where there will be open-air summer cinema sessions every Tuesday at 10pm. Moreover, given the special circumstances of recent months, the Foundation will not be closing in August as it usually does and there will be movie screenings throughout this period.

To that end, the staff at the Foundation are currently working to adapt the space in accordance with the prevention and distancing guidelines established for the de-escalation, and as well as the seating area there will be tables where the audience can have their dinner as there will also be a bar and snack service. Altogether, the Tres Culturas (Three Cultures) team estimates there will be capacity for 190 people.

All of these productions are nationally produced comedies, which will be joined on the billboards by other films of the same genre from various different countries which have earned good reviews and been well-received by the public: La vaca, by Mohamed Hamidi; La mejor receta, by John Goldsmid or Las invisibles, by Louis Julien Petit.

There will also be room for literature on this programme, with a recital of sung poetry given by two Andalusian performers: Lucía Sócam and Juan Luis Pineda. On Thursday, the 25th of June, at 9pm we will be able to attend ‘Dos del Sur’ (Two Southeners), a lovely performance that pays tribute to the greatest authors of all times while addressing topics such as freedom, women’s dignity, defence of the most underprivileged and the uniting of all the people of the world through universal values.

The high point of the programme will come in July, when as well as movies on Tuesdays there will also be concerts in the same place every Thursday at 10pm. These musical evenings have been entitled ‘Las mil y una músicas’ (A thousand and one musics) and consist of a cycle of five performances aimed to enjoy a relaxed atmosphere in surroundings of singular beauty, a journey across the world through different musical styles (flamenco, boleros, Bossa nova, African rhythms…) which delve into the mixing and enrichment brought about through diversity.

The cycle will be opened on the 2nd of July by musician and anthropologist Raúl Rodríguez Quiñones, an artist of renowned international prestige. This producer, composer, guitarist and creator of the Tres Flamenco has shared a stage with artists of the highest level from Chavela Vargas, Compay Segundo, Jackson Browen, Enrique Morente, Javier Ruibal, Jorge Drezler, Raimundo and Rafael Amador, Javier Barón, Arcángel, Rocío Molina, Miguel Poveda, Mayte Martín, Luz Casal and his mother, singer Martirio.

From 2003 to 2008 he was part of the Son de la Frontera group, performing in New York, Chicago, San Francisco, Los Angeles, La Habana, Miami, Mexico DF, Montreal, London, Paris, Amsterdam, Brussels, Stockholm, Rome, Madrid, Barcelona, the Jerez Flamenco Festival, the Seville Biennial, and the Gazpacho de Morón festival, among many others. His second piece of work with this group, CAL, won a number of awards and was nominated as for ‘Best Flamenco Record’ at the 2007 GRAMMY awards. In 2008 he left the group and has since published two solo book-records: Razón de Son (2014) and La Raíz Eléctrica (2017) while also continuing to collaborate with performers from all over the world and participate in interesting musical projects.

All the activities will be free of charge and will have a limited number of places available, so members of the public are advised to arrive at the premises half an hour before they are due to begin. Spectators will have to follow the safety regulations set out by the health authorities (masks, distancing, avoiding contact…) and their temperature will be taken before they enter.

Fundación Tres Culturas (Three Cultures Foundation) director José Manuel Cervera has said that “it is a programme of extremely high quality which unites two types of event which have been signs of identity of this foundation since its birth: cinema and music. The new development is that, while we have had some outdoor events in the past, this entire cycle will be held in the Andalusí Gardens for two reasons: firstly, because it allows us to guarantee we can reach as many members of the public as possible despite the restrictions that come with the safety measures we must all follow and which would have held us back a lot more indoors; and secondly, because this year we’re going to be here all summer with our audiences, who we have missed so much during this time, and we wanted our cultural offer to adapt to the summer season, when open-air activities are more enjoyable.”

Cervera has pointed out that “it’s true that adapting all this outdoor space requires a great logistic and financial effort, but at the Fundación Tres Culturas (Three Cultures Foundation) we have wished to do so not only to re-encounter the audiences who have been loyal to this institution for more than 20 years but also to  clearly back the Andalusian cultural sector, with artists and companies in the field who work in our land and who, more now than even, need those who have been working with them for so long to support them in order to recover from these hard times.”

“Reconstruction of the financial and social fabric and mitigation of the damage caused by the epidemic is everyone’s task. And this programme, which fills us with hope, is our first contribution towards that collective effort,” the director concluded.

OFFICIAL STATEMENT: The Three Cultures of the Mediterranean Foundation suspends temporarily its activities to audiences

This measure will take effect from Monday, 16 March, until further notice