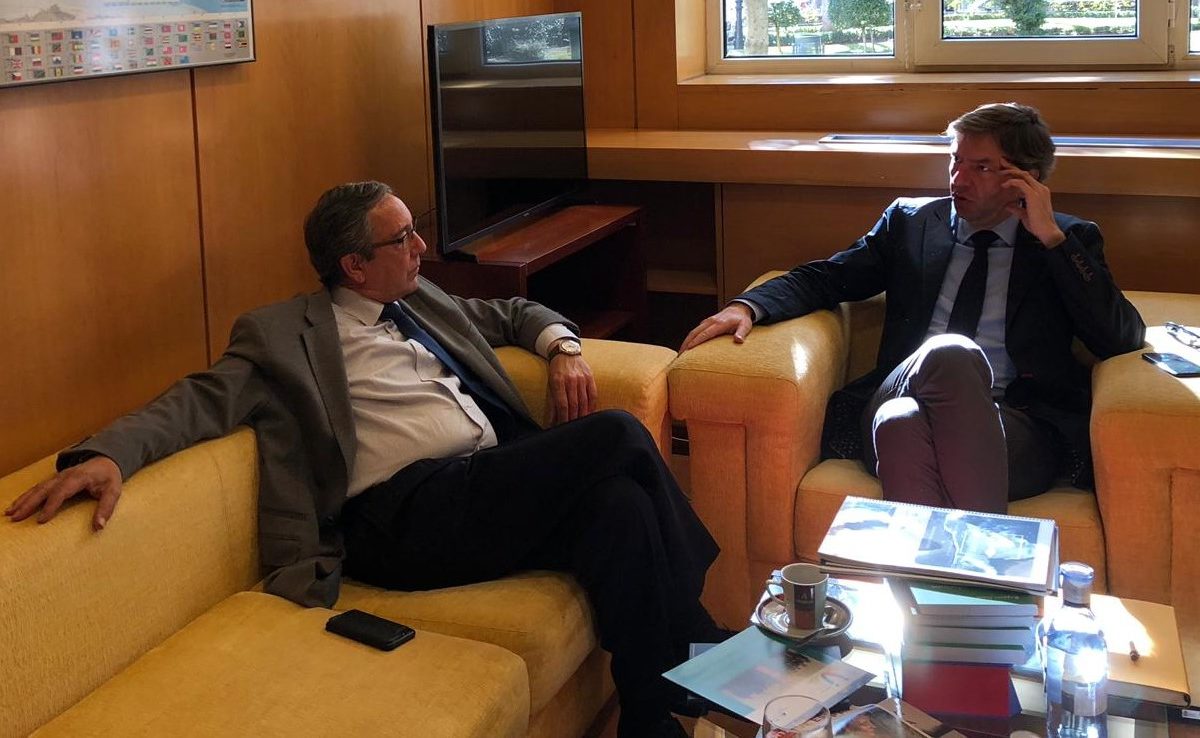 As usual, at the beginning of the year a delegation from the Fundación Tres Culturas (Three Cultures Foundation) has paid a number of institutional visits to Spanish and Moroccan entities with an aim to learning about their plans of action for the new year and establishing the foundations for future projects and joint initiatives.

José Manuel Cervera and Carmen Fernández-Távora, director and deputy director of the foundation, have recently travelled to Rabat and Madrid to hold various meetings with patrons of the Foundation and representatives of different institutions linked to Tres Culturas (Three Cultures.)

Among the meetings held in Rabat on the 8th and 9th of January, they were received by Abdelkrim Benatiq, Minister of Moroccan Expats and Migration Matters and patron of the Foundation, and by Mounia Bouceta, State Secretary of the Ministry of Foreign Affairs.

In Madrid, on the 14th and 15th of January, they held meetings with Audrey Azoulay, General Director of UNESCO, Consuelo Rumí, State Secretary of Migration, José Alarcón, Director of Migratory Policies and Eva Martínez, General Director for the Mediterranean and Maghreb of the Ministry of Foreign Affairs.

A delegation from the French government, led by French Ambassador to Spain Jean-Michel Casa, has visited the Fundación Tres Culturas (Three Cultures Foundation) to attend a meeting with its director, José Manuel Cervera, and study short-medium term collaborations.

Visit from the Secretary-General of the Union for the Mediterranean

The Secretary-General of the Union for the Mediterranean, Nasser Kamel, visited the Fundación Tres Culturas (Three Cultures Foundation) in February.

The president of the Junta de Andalucía regional government, Juanma Moreno Bonilla, has received the advisor for economic and financial