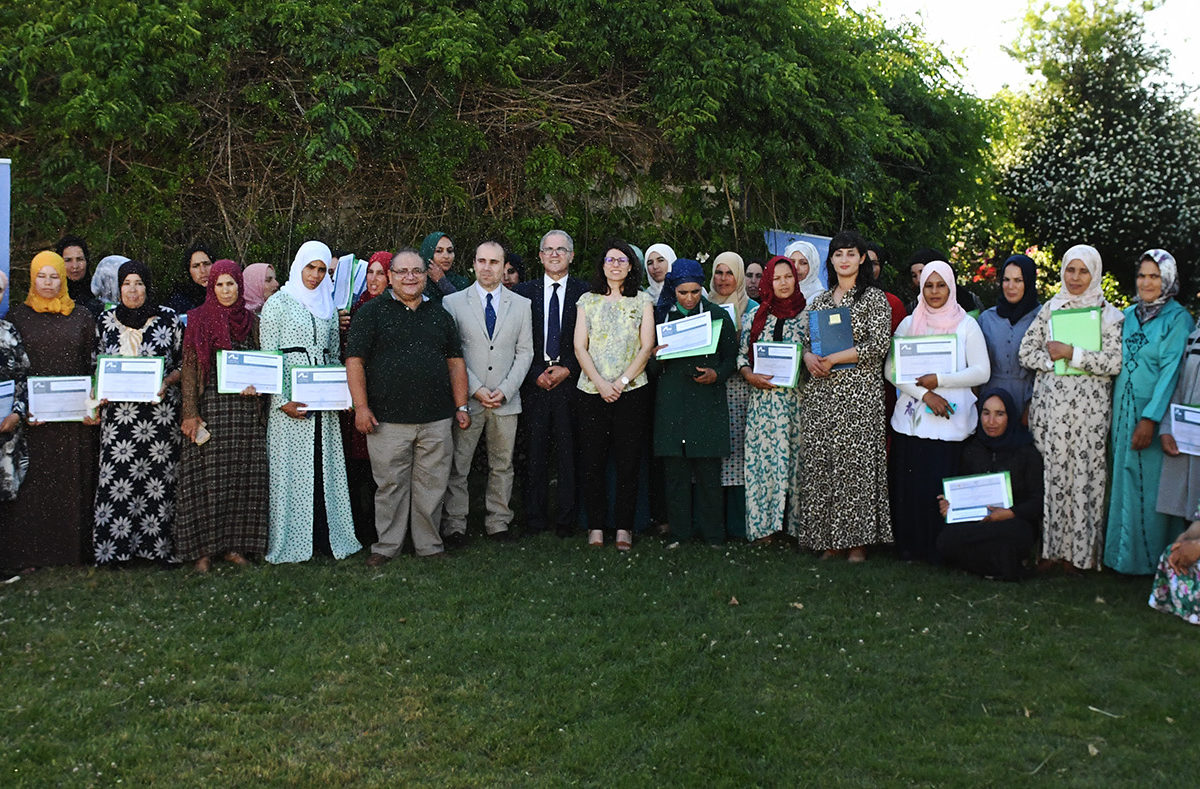 The Fundación Tres Culturas (Three Cultures Foundation) presented end of term diplomas yesterday to the Moroccan seasonal workers who attended the Spanish classes organised within the framework of the IntegrARTE programme, aimed at workers from the neighbouring country who have travelled to Huelva province to work in the red fruit harvest campaign.

The Consul General of the Kingdom of Morocco in Seville, Farid Aoulouhaj, the head of Strategic Planning of the Fundación Tres Culturas (Three Cultures Foundation), Antonio Chaves, and Agromartín company representative Isabel Martín took part in this emotive act, held at the Agromartín property in Lepe. The aforementioned were in charge of delivering the diplomas to around 40 women, who received them in representation of the 325 seasonal workers who took part in this initiative during the current agricultural campaign, during which 13 of these courses were given.

The lessons, which provided not only basic training in Spanish but also talks on awareness of a range of useful topics (such as the responsible use of PIN numbers for cash machines and matters relating to day-to-day procedures), were carried out in areas with a considerable presence of these seasonal workers such as Cartaya, Almonte, Palos de la Frontera, Moguer, Rociana and Lepe. 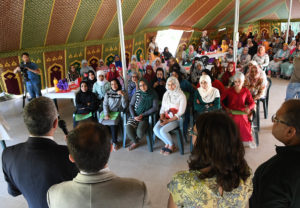 This training, which is the continuation of similar activities run by Tres Culturas (Three Cultures) since 2010, falls within the framework of the IntegrARTE programme, an initiative by the Foundation which has involved the Spanish, Andalusian and, especially, Moroccan authorities with considerable presence of the Delegate Ministry for Moroccan Expats and the Work and Professional Insertion Ministry of the Kingdom of Morocco.

Also of particular note is the support from the strawberry sector, as is the case of the company Agromartín, recipient of the Andalusian Award for Migrations for its good practice.

As the name itself reveals, IntegrARTE is an integral programme that includes all sorts of proposals to guarantee that the Moroccan seasonal workers feel accompanied and safe, carry out their agricultural tasks in dignified conditions and make the most of their free time with educational and cultural activities. To this end, as well as these Spanish lessons, a calendar of cultural and leisure activities was programmed with plays in Arabic language, popular music-shaabi concerts and a Ramadan celebration, which gathered more than 150 of these women in Seville, at the headquarters of the Fundación Tres Culturas (Three Cultures Foundation) on the 31st of May to share the ceremony of iftar or breaking of the fast.

OFFICIAL STATEMENT: The Three Cultures of the Mediterranean Foundation suspends temporarily its activities to audiences

This measure will take effect from Monday, 16 March, until further notice

André Azoulay, co-president of the Fundación Tres Culturas, receives the Andalusian Medal for Solidarity and Concord