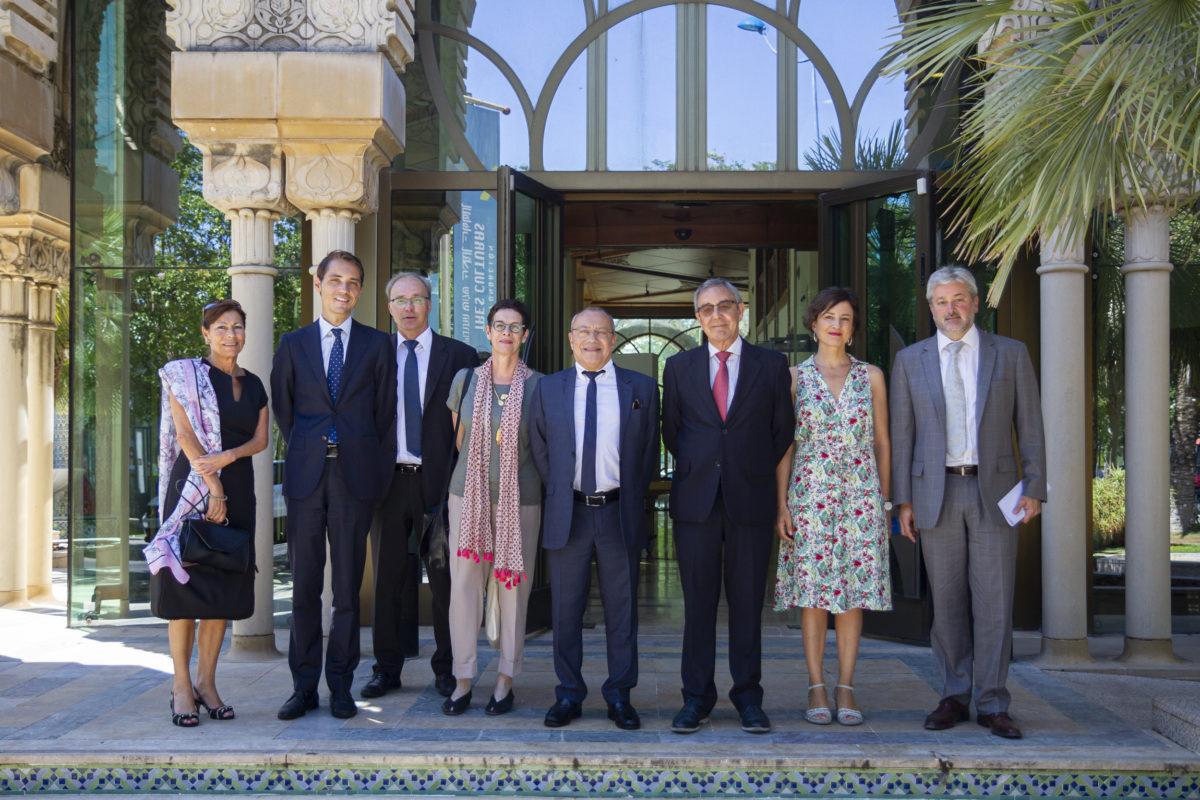 A delegation from the French government, led by French Ambassador to Spain Jean-Michel Casa, has visited the Fundación Tres Culturas (Three Cultures Foundation) to attend a meeting with its director, José Manuel Cervera, and study short-medium term collaborations.

It was agreed at the encounter to develop some joint actions, such as promotion of Francophonie at the next edition of the ‘Tres Festival, voices of the Mediterranean,’ in the spring of 2020, or the organisation of Euro-Mediterranean debates regarding the 25th anniversary of the Barcelona process. Likewise, the meeting brought to light the good relations between the Foundation and the French Embassy, which have been collaborating for years.

Visit from the Secretary-General of the Union for the Mediterranean

The Secretary-General of the Union for the Mediterranean, Nasser Kamel, visited the Fundación Tres Culturas (Three Cultures Foundation) in February.

The president of the Junta de Andalucía regional government, Juanma Moreno Bonilla, has received the advisor for economic and financial

Presentation in the European Parliament