Inicio > Others > Tres Culturas presents the new edition of the Tres Festival, with David Grossman and Leila Slimani as major attractions

Tres Culturas presents the new edition of the Tres Festival, with David Grossman and Leila Slimani as major attractions 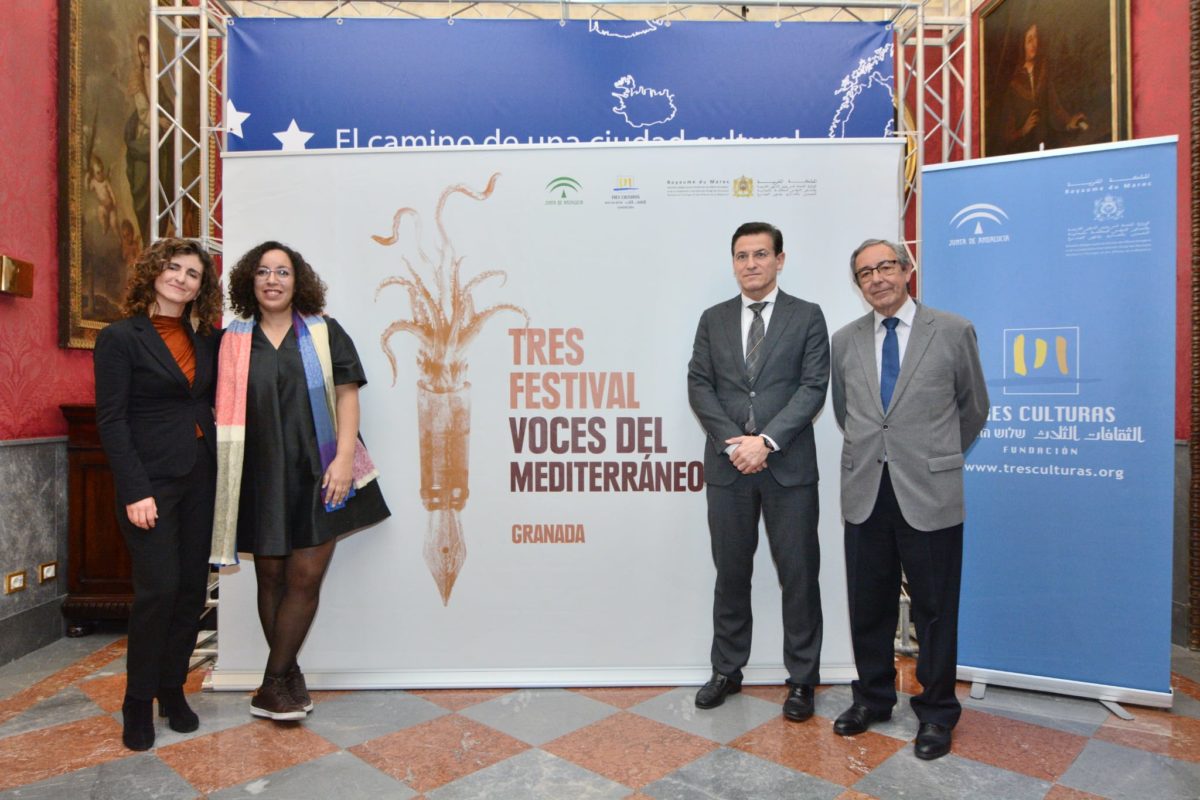 The encounter, which will be held in Granada from the 23rd to the 25th of April, 2020, will also receive three other exceptional writers: Lebanese Joumana Haddad, Algerian Yasmina Khadra and French-Algerian Alice Zeniter

The Fundación Tres Culturas (Three Cultures Foundation) has presented the ‘Tres Festival, voices of the Mediterranean’ at Granada City Hall. The next edition of the festival will take place from the 23rd to the 25th of April, 2020, at the Federico García Lorca Centre.

As was the case at the two previous editions of the festival, in 2016 and 2018, the encounter will once again unite some of the most relevant names on the current Mediterranean scene such as Leila Slimani (winner of the 2016 Goncourt award for Sweet song) or David Grossman, the most important writer of Israeli literature. Lebanese writer and journalist Joumana Haddad, Algerian black novel author Yasmina Khadra and French-Algerian Alice Zeniter, a true revelation this season with The art of loss, with which she obtained the Spanish Goncourt, have also all confirmed their presence.

These writers form the ‘quintet of honour’ of the announcement of the programme which, as in previous editions, will include around twenty Mediterranean voices in an encounter the nature of which transcends the purely literary to reflect and debate on current affairs. This year, therefore, the Tres Festival will revolve around a common topic. The topic chosen on this occasion is ‘Against totalitarianism’, meaning that the various writers’ encounters will serve, from the literary point of view, to address the great challenges of current times.

This is one of the signs of identity of the Tres Festival, its social commitment, although it is not the only one. Other key points can be highlighted, such as the commitment to diversity in all shapes and forms, from the topics addressed (as well as literary production, other aspects such as translation and edition are also addressed) to gender (there’s room for everyone at this festival, even those considered a minority from a commercial point of view, such as poetry or comic) or the protagonists (there are renowned authors among the selection, but also new names whom this encounter will introduce to a broader audience).

Plus, as is the custom, the literary aspect will be accompanied by other cultural activities such as film screenings or a concert.

This presentation took place at Granada City Hall and the city’s mayor, Luis Salvador; the director of the Fundación Tres Culturas (Three Cultures Foundation), José Manuel Cervera; the director of the Federico García Lorca Centre, Sara Navarro; and Hispano-Moroccan writer Najat El Hachmi, who was in charge of presenting the programme, all took part. El Hachmi, who was present at the first Tres Festival, is author of a trilogy (The last patriarch, Milk and honey mother and The foreign daughter) and has received the Ramón Llull award.