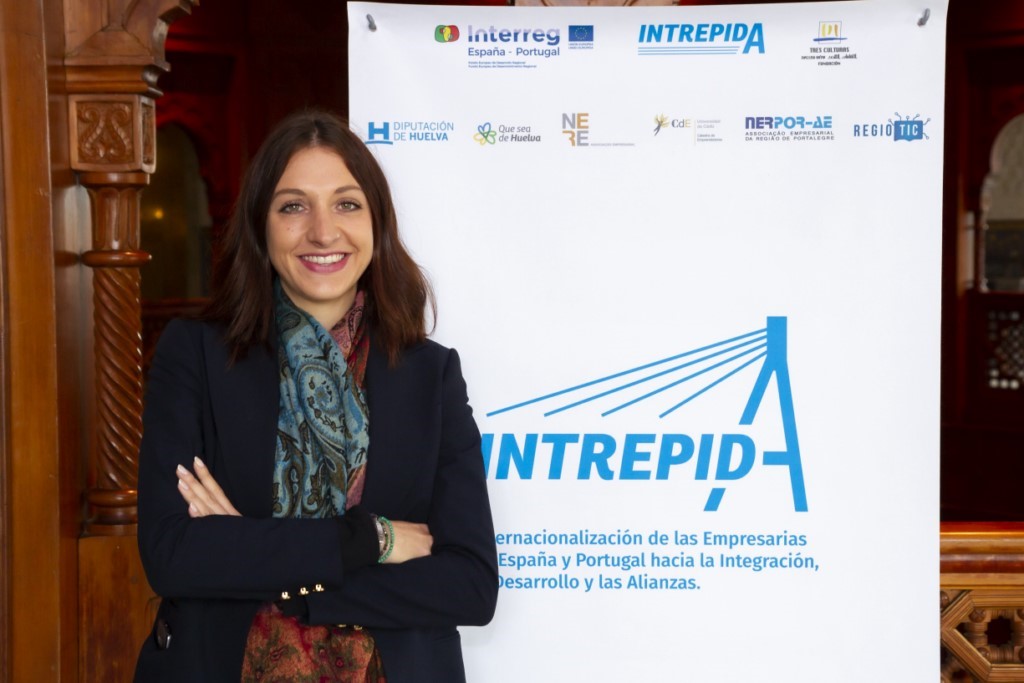 The Fundación Tres Culturas (Three Cultures Foundation) continues taking part in the Interreg Volunteer Youth (IVY) programme thanks to the INTREPIDA cross-border cooperation project between Spain and Portugal (Internationalization of the Businesswomen of Spain and Portugal for Insertion, Development and Alliances).

Interreg Volunteer Youth is a proposal by the European Union to boost the mobility of unemployed youths aged under 30 and their incorporation into the labour world via close collaboration in INTERREG projects with the beneficiary institutions.

The Fundación Tres Culturas del Mediterráneo (Three Cultures of the Mediterranean Foundation) embraced this initiative since its publication in 2017, first receiving computer engineer Tiago Pinho and later law graduate Ricardo Monteiro, both Portuguese. Later they were joined by Communications graduate Bérenice Pereira, from France. Since last September we have also welcomed Giulia Calibeo, a graduate in Political and International Sciences from the Italian university of Teramo, into the INTREPIDA project.

Recently, as an IVY POCTEP volunteer, Giulia has taken part in an initiative promoted by the WWF and the European Commission for reforestation of an area of the Doñana National Park in Huevla, where attention has been called to environmental problems. The planting of trees has been shared with other youngsters from programmes such as INTERACT and members of DG REGIO (European Commission).

From the Fundación Tres Culturas (Three Cultures Foundation) we encourage all the beneficiaries of the different projects to form a part of this initiative which is extremely positive for everyone involved, reinforcing cooperation via the participation of youngsters, who will be responsible for creating new proposals and projects in the future.

See the following link for more information on the Interreg Volunteer Youth: https://www.interregyouth.com/