Inicio > Articles > The intangible gift of our parents’ language 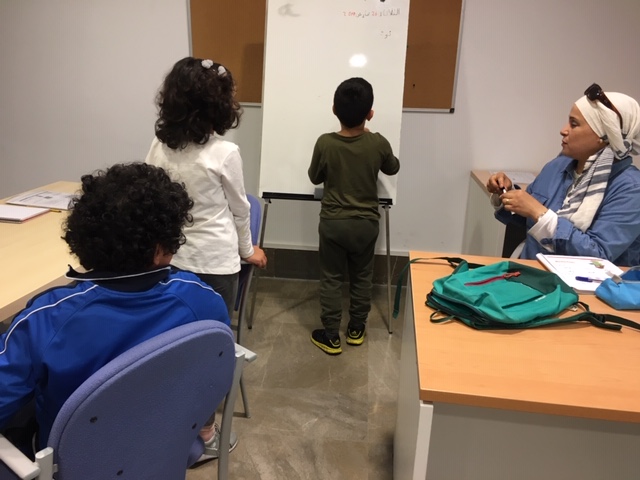 February the 21st is the International Mother Language Day, approved by the UNESCO in 1999. The mother language is the first language a person learns. The language that is picked up naturally with no need for pedagogical intervention, simply from contact with its oral form that starts in the womb.

The importance of the mother tongue lies not just in the simple matter of knowing and being able to interact in that language. Furthermore, it is a unique way of interpreting reality, a cultural asset that also conforms a person’s identity through the structures and vocabulary of the language and the collective worldview. A rich mix that remains within each of us as a part of our cultural and intellectual heritage.

That’s why, when someone is deprived of their mother tongue, they also lose possibilities, traditions, memories, unique modes of thought and expression, valuable and necessary resources for their present and their future.

But sometimes circumstances force us to distance ourselves even from what is ours by right. That’s the case for the thousands of children of migrant parents who in their day-to-day lives have to get by in a language that isn’t their mother tongue. Another possible way of understanding the world which seeps into their lives from infancy, forming part of their cultural wealth.

From the educational point of view and with regards to intellectual development, multilingualism entails many advantages not just where cognitive development is concerned but also in the long run, for example when it comes to getting a better paid job. In these cases, having to get by in another language isn’t a negative factor. Quite the opposite in fact, it can be a great advantage, especially if the languages concerned are ones that the state education system doesn’t include in its bilingual school programmes.

However, possibly as another way of integrating in the society that receives them, many migrant parents are unaware of these advantages and prefer to speak to their children in the language of the place that has taken them in instead of doing so in their mother tongue. In other cases, they speak to their children in their first language but don’t worry about teaching them to read or write it.

These children are thus deprived of learning their parents’ language, in its written form at least, and therefore of the resources it could offer them. Meanwhile, they’re separated from their roots, their legacy, which is a problem that’s hard to solve in adulthood. Or as Viennese philosopher, mathematician and linguist Ludwig Wittgenstein put it, “the limits of my language are the limits of my world.”

Above and beyond the individual loss, more recent investigations claim that society itself as a whole suffers this damage. As Fabio Scetti – sociolinguist and researcher at the university of the Sorbonne Nouvelle in Paris – explains, “the way in which migrant families preserve, or fail to preserve, their mother tongue down the generations has important repercussions on a country’s social fabric.” It’s another form of cultural impoverishment of society, because as the UNESCO itself proclaims, differences between cultures and languages promote a more tolerant and respectful society.

In September 2017 the Fundación Tres Culturas (Three Cultures Foundation) launched the Family Learning project to palliate this situation. A linguistic programme that promotes learning of Spanish amongst Moroccan residents in Andalusia and, at the same time, learning of classical Arabic amongst their children who were born here or were very young when they moved here to avoid them losing their link to their parents’ country of origin.

Within the framework of the awareness activities that Tres Culturas (Three Cultures) develops through the Alqantara programme, these completely free classes are held twice a week and last two hours. Language learning is worked on in a global way, taking into account the skills of oral and written expression, listening and reading comprehension and oral interaction.

In 2017 the project was launched in two centres, and in view of the benefits and its reception the programme has been extended to allow the service to be provided to more families. Family Learning is currently being offered in four different places: two civic centres in Seville city, in the districts of La Macarena and Polígono Sur, another in the village of Olivares and a fourth space in Cartaya, Huelva, with more than ninety students.

Since it began, more than one hundred boys and girls have benefitted from Family Learning, acquiring more knowledge week by week and learning to value their roots by learning their original language and culture, in this case Arabic language and Moroccan culture.

“My children used to go to Morocco on holiday and find they couldn’t read the signs on the streets and they didn’t understand what their grandparents or aunts and uncles said to them very well. That doesn’t happen anymore. Although the little one doesn’t read very well yet, the older one is learning and he’s very pleased,” explains Boushra, mother of two of the pupils in the La Macarena group.

Some children are dragged along reluctantly, their teacher tells us, as they don’t yet realise what a gift they’re receiving. “If you let them choose between an extracurricular activity like football or coming to Arabic classes, they prefer the sport. But the value of knowing their own mother tongue will be priceless in the future.”

Kenza, one of the children’s group teachers, tells us about the difficulties of learning Arabic, especially learning to write it. “They work with the Spanish alphabet at their schools. Arabic is very different and it has a lot more sounds, some of them very complicated. But although it’s hard they pick it up very quickly. Especially the older ones, who’ve been here at least a couple of years, you can really see their progress.”

The standardised version of the language that’s used in the media and contemporary literature is taught in the Family Learning classrooms. Standard Arabic is a direct descendant of classical Arabic, conserving its morphology and syntax and incorporating the lexical and modern stylistic characteristics to adapt it to today’s requirements.

An extra complication is the fact that the families tend to use a dialectal variation, dariya or Maghrebi Arabic. A term that covers the variations of spoken Arabic of the Maghreb, including Morocco, Tunisia, Algeria and Libya.

In the classrooms, the young pupils appear indifferent to the complications the new language entails, and they chant the alphabet together before later explaining individually how each letter is written to their teacher:

-“That one wears a little hat!”

-“And that one has the little dot underneath!”

None of them seem very aware of what they’re collecting almost without realising it: the intangible treasure of their parents’ culture, that like the meals they enjoy on feast days or the stories their grandparents tell them will live on in them and be reflected in a more plural and sustainable society.

The survivors who saw them march towards the gas chamber on that 6th of October of 1944 still remember, decades